The Loretto Chapel and the Story of the Miracle Staircase

One of my most treasured travels was a tour of New Mexico, lead by my dear friends Sam Tso, Navajo Medicine Man and June Crane, world renowned intuitive and astrologer. This included a visit to Santa Fe where I decided to visit a destination called the Loretto Chapel, home of the miracle staircase.

Yes, I paid my token entry fee and went in to explore what it was all about. My first impression was the magnificent example of gothic architecture, the first in the country built by architects from France. 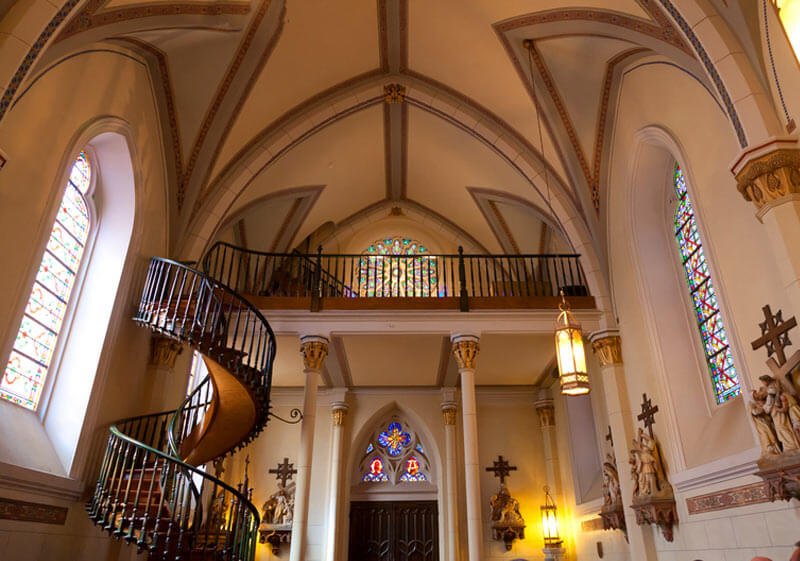 The Sisters of Loretto, brought to Santa Fe by Bishop Lamy to teach the people, needed a school and a chapel. In 1872 Jean-Baptiste Lamy, the Bishop of the Santa Fe Archdiocese, commissioned the building of the infamous chapel for the Sisters of Loretto. The Gothic Revival style design was facilitated by a French architect named Antoine Mouly. The magnificent stained glass windows were imported from France.

Although the Loretto Chapel is much smaller, it resembles the Sainte-Chapelle in Paris. The architect died suddenly, and when the Loretto Chapel was finally completed in 1878, a problem emerged. There was no way to access the choir loft that was located twenty-two feet above. Traditionally, ladders solved this type of problem, but the Sisters did not feel comfortable with this solution due to the long habits that they wore.

In need of a solution to access the choir in the small chapel, legend says that the Sisters of the Chapel made a novena to St. Joseph, the patron saint of carpenters. On the ninth and final day of the prayer, a modest stranger appeared and told the Sisters that he would build the staircase, but asked for complete privacy.

With three months, and tools that included only a square, a saw and some warm water, he proceeded to construct a spiral staircase entirely of non-native wood. When the staircase was finished, the mysterious carpenter disappeared, never asking for payment or recognition.

The stairway’s carpenter, whoever he was, built a magnificent structure. Climbing twenty feet, the spiral makes two complete 360 degree revolutions up to the choir loft without the use of nails or apparent center support. The design was innovative for the time and some of the design aspects are a mystery today. Also, it is said that the staircase was built without nails — only wooden pegs. It It has been surmised that the central spiral of the staircase is narrow enough to serve as a central beam. Nonetheless there was no attachment unto any wall or pole in the original stairway, although in 1887 – 10 years after it was built – a railing was added and the outer spiral was fastened to an adjacent pillar.

Questions also surround the number of stair risers relative to the height of the choir loft and about the types of wood and other materials used in the stairway’s construction. The stairs had 33 steps, the age of Jesus when he died. The wood for the staircase cannot be found anywhere in the region.

Over the years The Loretto Chapel has become an attraction to thousands. The Miraculous Staircase has been the subject of many articles, TV shows, and movies including “Unsolved Mysteries” and the television movie titled “The Staircase.” “Architects will tell you it should have crashed the moment someone set foot on it. Scientists will say it defies the law of gravity.  Lumber specialists disagree on the type of wood used. Carpenters said it was impossible in such a small space. The church is silent.

But the Sisters of Loretto know. It was a miracle.” 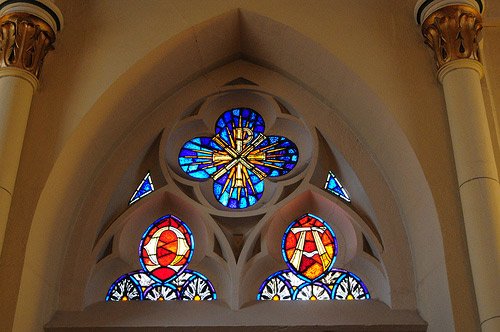 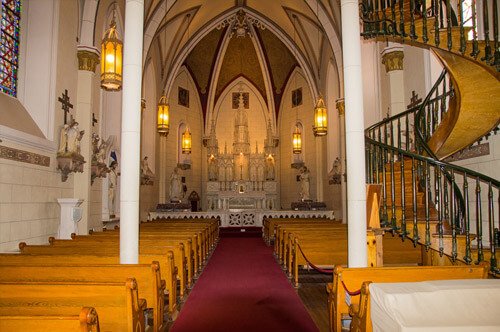 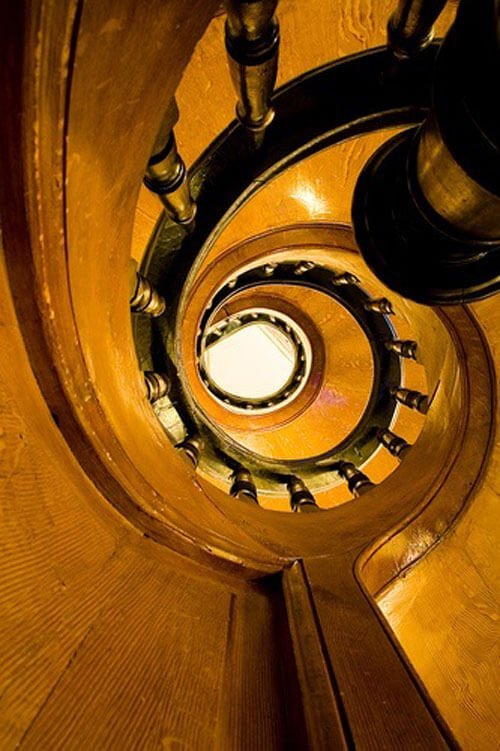 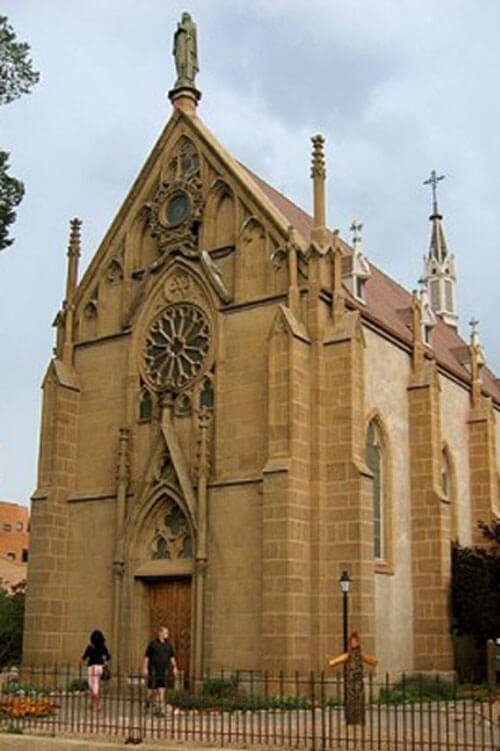 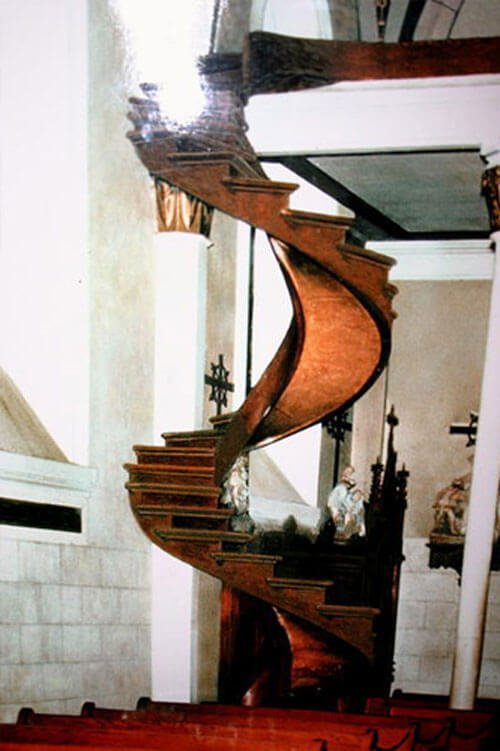