Hope is the optimist who looks ahead with glee
As she thinks of all the things she would like to be.
Then hope imagines better times ahead,
Ignoring the failures, it plans victories instead.
Then it takes up residence with those who are ill
And gives them strength to get better, charging their will.
Then it springs to action with a purpose and a zest
Believing life is for a reason and our function is to quest.
Then hope turns to belief and together they define
Every possible result as better and refined.
Finally hope is everywhere, always and forever there
Ready to assist, to heal and repair. 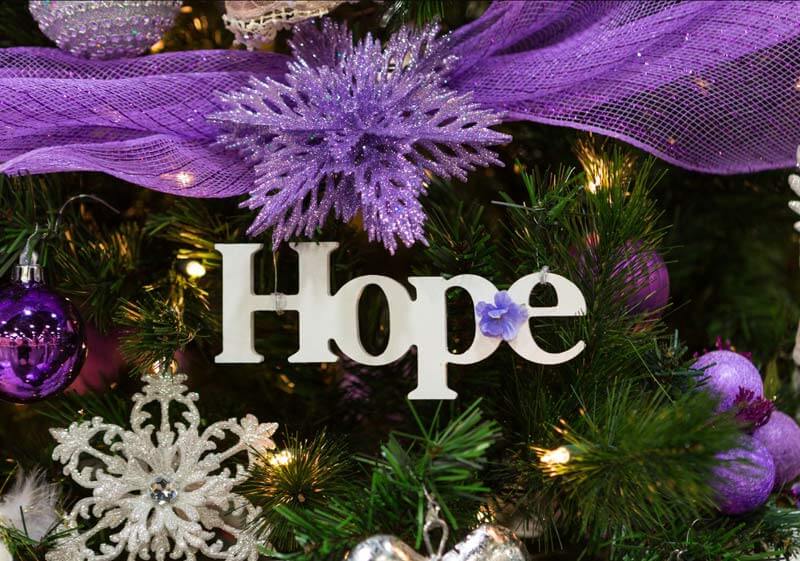 Hope is the human ability to envision a positive result in any situation where the outcome is still unknown.

Mostly when we think of hope, we think of the future, as in, “I hope you get better soon,” “I hope they give me the job/promotion,” “I hope he asks me out.” But it can also refer to the past, as in, “I hope it turns out that it was not my son who broke the classroom window.” So hope can apply to anything where we don’t have certainty about its outcome, whether the past, present or future. “I hope to win,” we might say.

“High hopes” suggests there are levels to hope. The saying usually refers to a person’s promising future. Nobody, however, says, “low hopes.” Perhaps there are degrees of hope, depending on the probability of the event that is hoped for happening. Or perhaps there are levels of hope depending on the significance of the event in question. “I hope it doesn’t rain tomorrow” is one level of hope; “I hope he asks me to marry him” is quite another.

In Polish there is a saying that hope is the mother of the stupid, indicating that hope is not necessarily anchored in reality and can deceive a person into harboring false hopes. But without hope we would all become despondent and depressed. So perhaps to hope is not such a stupid thing to do after all. Hope is also the mother of the optimist and the believer. If you can envision something, it can happen. Hope allows a person to create images in one’s mind. Images formed by the imagination have an energetic component and depending on the strength of a person’s hope, these images can become their future reality.

It has been said that for an illumined man to think it is to create it. An illumined man (or woman) will add potency and action to the imagery to make their vision come true and will meditate to reinforce his (or her) projection into the future. In the mouths and minds of the uninitiated, hope is nothing more than a wish. But in the mouth, mind and heart of the developed person, it is a lance of power. Hope is an important component in the Law of Attraction working—it is an attraction or a beam of power energetically sent towards a target with the intention of bringing that target closer to home and making it become a reality. Rather than being an ethereal, unreal concept, in the realms of energy hope is a very practical discipline. In practicing hope, one can indeed make one’s dreams come true.

With development hope becomes a lance of power, rather than an empty phrase. When saying, “I hope you get better soon,” one can send one’s energy with a petition to the healing powers, which can help another person get better sooner. When using one’s power this way it is important not to hope to the detriment of another person or group. So to say, “I hope you win” is to hope someone else loses. Best to say and think, “I hope the best man/woman/player wins.”

Hope can help a person in difficult times. It suggests change is possible. No matter how difficult a situation, it will pass and can be replaced by something better. Personal hope calls for action; hope directed towards others calls for support. Always hope is associated with energy directed at an intention and a result. An acronym for hope could be Human Opportunity Powered by Energy.

In his book, Man’s Search for Meaning, Viktor Frankel describes his experiences while being incarcerated in several Nazi concentration camps, including Auschwitz,  during World War Two. He noticed that those most likely to survive their ordeal were the people who hoped for a better future and believed they would be liberated. Their hope sustained them and helped them weather successfully the stress, hunger, fear and human misery generated by the circumstances of camp life. Hope is an antidote to depression, because it points to the fact that whatever the circumstance a person finds themselves in, it can always get better.

There are many documented cases of medical “miracles” where people pronounced “hopeless cases” with terminal illnesses and life-threatening conditions would unexpectedly recover and return to good health. “Where there is life, there is hope,” the saying goes. The word hopeless should be struck from the dictionary. A person can always engender hope into any situation; it is a matter of being prepared to “look on the bright side” and hope for the best. It is essential not to do so in a vague, undefined sort of way, but with definition and power. The more specific details a person can bring to the situation they hope for, the more power they can add to their image of the future and the more likely their hope will become a reality.

When you say to someone, “I hope you get better soon,” in your mind, do you leave the task of recuperation entirely up to them, or do you send them a little bit of your own energy, consciously and deliberately, with which they might regain their strength that much faster and more effectively?

The future is not fixed and as long as it remains in a fluid state (in other words, it is not yet solidified by becoming the present), it can be influenced by our thoughts and our hope. “Hope springs eternal,” another saying goes. Hope is like a fishing line, cast to the future. The difference between a successful angler and one who throws the line randomly and wishes for the best is experience and having developed an intuition about the habits of fish. Hope becomes reality when we apply our mind, soul and senses to power our desires and follow them up with action. A person who hopes to catch fish but never goes out with their fishing rod will never have their hopes come true.

Sometimes it is better not to know what is considered impossible, so that our range of perceived possibilities do not become limited. In the 70s there was a group of Rumanian gymnasts who awed the world with their abilities and strength. Nadia Comăneci won five gold medals, three silver and one bronze at the Montreal and Moscow Olympics in 1976 and 1980. She also won a number of gold and silver medals in European and World Championships, and there were others who followed in her footsteps. When interviewed, their coach explained that he had never told the girls what the world records were, so they could not feel limited by the achievements of others.

When people say, “You can’t,” or “It cannot be done,” don’t believe them! Find out for yourself. What might be indeed impossible for one person, might be an easy target for someone else. Of all the energetic qualities, hope is the miracle worker. So when people say, “Don’t get your hopes up,” perhaps ignore them and always have your hopes up and ready to spring into action!

Hope gives us an outlook on the future—we hope things can improve and be better. “Let’s hope for the best,” we might say. But it might be that we are simply hoping in a passive way, while we await the outcome tomorrow might bring or we wish someone else would bail us out of a difficult situation. When we hope, are we attempting to actively influence the future? If you hope for longevity, for example, do you exercise and eat well?

Longevity is possible. In the book, What Makes Olga Run? Bruce Grierson describes a woman in her 90s who competes as an athlete within her age category and has many gold medals to show for it. Hoping for a long, healthy life is a very practical pursuit. Jeanne Calment, who died in 1997, lived 122 years and 164 days. She was the longest living person on record. There are stories of a man who lived in China—Li Ching-Yuen—who supposedly had lived either 197 or 256 years, depending upon which account of his life one reads. It seems that the human body was made to last; as long as we treat it with respect and give it what it needs to flourish, we, too, can hope for long, healthy lives.

False hope can be a denial of our own power, but in the true meaning of the word hope is accompanied by action and intent.

At first hope is the dream of the lost
Searching for land in a landless sea,
Looking at the horizon to see a coast
Heralding that the future is something to be.
Then hope transforms into a beacon of light
Lighting the way for those yet to come,
Guiding the searcher through the darkening night
With a vision of what can be done.
Then hope emerges with a new disguise
Offering optimism and a positive view,
It says all is well and looks with bright eyes
Into the future with a vigor new.
Then hope becomes a feeling that is hard to resist—
It passes from person to person, lifting their mood;
It heals and it eases, ready to assist,
Better than any physical food.
Then hope is active and brings action to play
It’s a goal, aim or target that beckons and shines;
It promises tomorrow will be a better day
That somewhere on Earth there are gentler climes.
Then hope surrenders to a higher plan
Petitioning for help it asks from above;
It brings union and harmony
‘tween the universe and man
And is akin to its sister—love.
In its next incarnation, hope becomes us
We are the future who herald the new:
A new human model is here—without fanfare or fuss
It could be me; it could be you.

Joanna Infeld is an accomplished author, teacher, writer and consultant.
She is editor-in-chief of the Kora Press publishing company – www.KoraPress.com – dedicated to publishing books with spiritual content. She is also co-founder of Energy Worlds with her partner David Price Francis – further details can be found on www.energyworlds.com