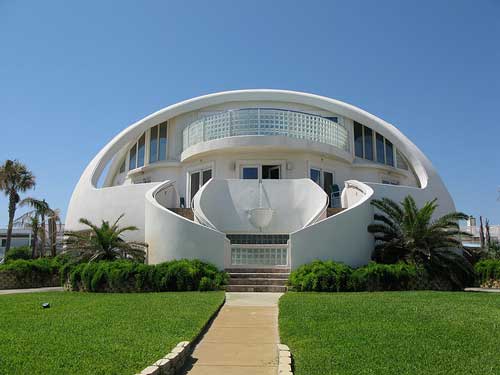 Weather Resistant and highly cost and energy efficient, a geodesic dome might be the right home for you. These attractive and low maintenance homes are gaining popularity around the world. From 1970, Monolithic Domes can be found in every American state and in Canada, Mexico, South America, Europe, Africa, Asia and Australia.
Monolithic technology is an extremely versatile green building technology – A Monolithic Dome uses about 50% less energy for heating and cooling than a same-size, conventionally constructed building. The dome can be built on any type of site: beaches, mountains, and even underground or underwater.

Many homeowners that live in hurricane and tornado areas are moving into Dome homes as these homes can handle high winds and storms. “ The high wind resistance for a Monolithic Dome is rated at 200 mph, allowing it to withstand virtually any hurricane and most tornadoes. Several Monolithic Domes were in the paths of the 2004 series of hurricanes that ravaged Florida, and all survived intact. The Dome is also very resistant to earthquake damage.”

What is a dome? 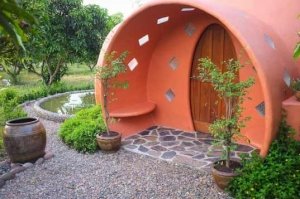 A geodesic dome is a structure built in an almost spherical shape. Early domes were primitive huts that were built with branches bent and held together with mud. Ancient domes have been found in the tombs of Mycenae and are noted in the folk architecture of Sicily.
The dome found it’s way to fame with the noted American architect Buckminster Fuller. He developed the mathematics for building geodesic domes, even taking out a patent in 1954. Domes were used by governments across the world as weather stations, long-range radar stations and storage depots. Buckminster Fuller designed the US paviion at the 1967 World Expo in Montreal.

Reduced Insurance Rates
Monolithic Domes are rated as non-combustible and resistance to damage in many ways, lowering the risk to the insurance company. Expect smaller premiums. 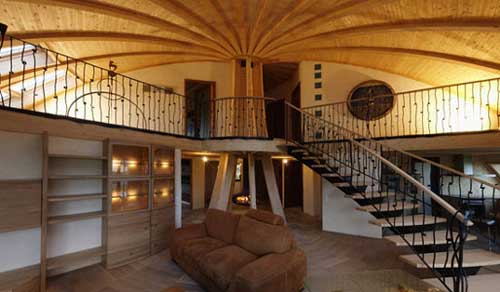 Disaster-proof
If you live in an area prone to natural disasters like earthquakes and tornadoes, consider a geodesic dome rather than a traditional home as the aerodynamics of geodesic domes will let them handle large pressure loads. Their components are also resistant to fire, water and rust.

Design Attributes
Domes create a maximum of space with a minimum of materials, and they don’t require interior supports. They offer large aesthetic appeal with a design openness and high ceilings. It is easy to to build lofts inside to create second-floor space.